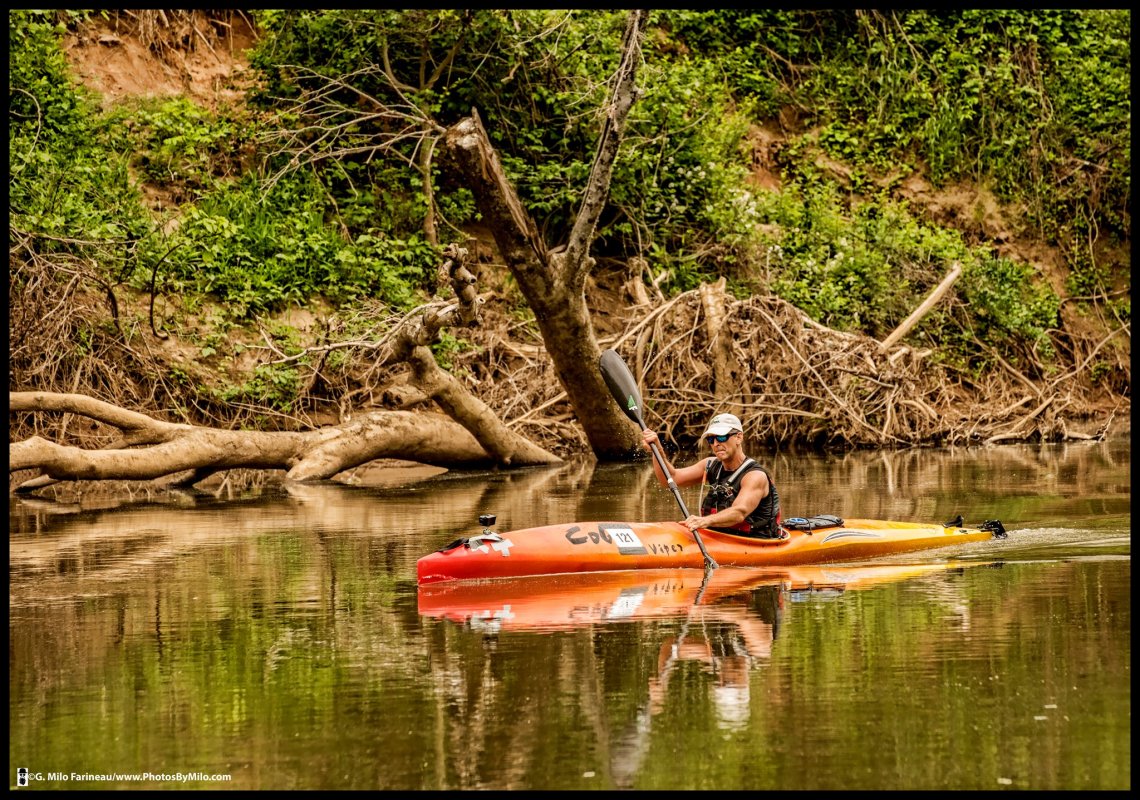 This and most photos courtesy of G. Milo Farineau Photography

I returned as a racer to my local race this past Saturday, May 11 after sitting it out last year.  The race this year was organized by the Rivanna Conservation Alliance and was part of a larger celebration of the river, The Rivanna RiverFest.  They did an awesome job organizing and running the event and knocked it out of the park.

Paddling Buddy Dave and I paddled the race course the night before to make sure there weren’t any serious obstacles and report back on anything we found.  We did find a few tricky sweepers and strainers and reported them back to the organizers who were then able to have safety and swift water rescue crews stationed at the hazards.  The rescue team consisted of 4 area rescue squads and the safety team was impressive and well coordinated.  I’ve never felt so safe paddling down a river and I hope I was able to verbally thank them all as I passed by them during the race.

Old friend, John McCue, came up from North Carolina again and after watching him with his impressive 2nd place performance last year, I knew he’d be coming back stronger and better conditioned than ever.  John has become a friend and a good friend of this race and we appreciate his support.

Paddling Buddy Dave sat out this year and volunteered to be the timekeeper.

The more than 40 paddlers assembled at the starting line and at the blast of the air horn we were off.


The start of the race in slow motion. John McCue jumps out to the lead on the far left of your screen.

My assumptions about John were correct.  He came back to us this year a greatly improved paddler.

In fact, he jumped out to an early lead with a very fast start and as I paddled behind him for the 1/2 mile or so until I could finally catch him, I was in awe of his paddling technique.  Each and every stroke of his wing paddle was picture perfect and it looked like he was putting on a paddling clinic or filming an instructional video.  For a while I thought I might not be able to catch him.

I finally got the better of him passing through a narrow, minor rapid and shortly after that he made his only mistake of the day by trying to swing wide to my right to pass me just to find out he needed to be river-left to get around what appeared to be a new, small peninsula that had formed since the water was low.  Just because I had that one, slightly cleaner line advantage, it allowed me to get 10-15 seconds on him.

He pushed me down the river hard the whole race.

Going around bends I would look back to catch quick glimpses of him and sometimes I had gained a few seconds on him and at other times he had narrowed the gap. 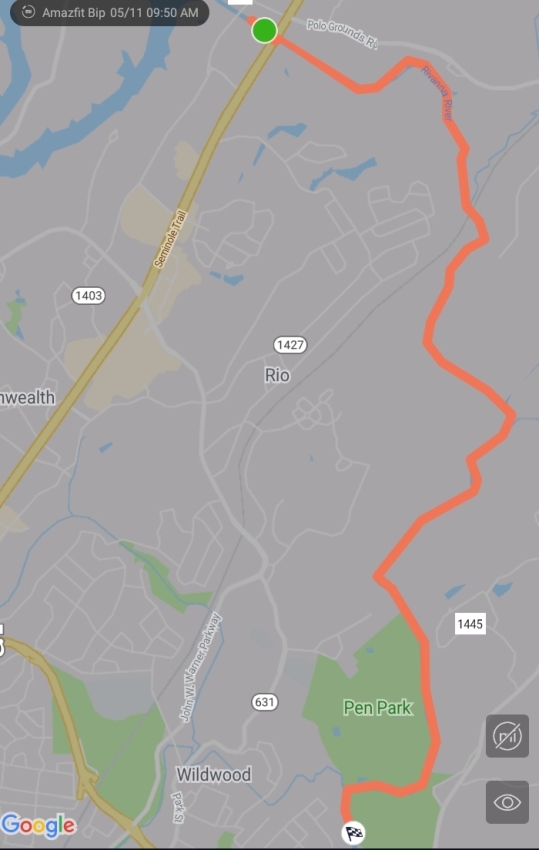 The race route from the new (soon to be) Brook Hill River Park to Darden Towe Park, Charlottesville.  6.2 miles.  My time was 52:38 so I averaged just under 7.1mph.

I chose to race the Cobra Viper kayak (since, to my surprise, I still own it) and thankfully the boat gave this inferior paddler enough of an advantage to beat John in his Epic V7.

But I left the river knowing John has definitely surpassed me as a paddler.

Great race, buddy!  Come back next year and I promise I’ll not paddle the Viper against you.

A HUGE thank you to all the organizing groups and sponsors for putting on such a great event.  Although this was the 14th annual river race, it was the first year as a broader river festival and if Saturday was any indication, it looks like it is going to get stronger and better every year.